Well,
what a difference having good fishing budy with a snowmobile makes
Thanks for Cityfisher we've had one of those great days out there that more than make for my walking nightmares from week ago.
Started early...wasted the first 3 hours with nothing to show for, not even a sniff....not giving up that easily moved to plan B...and it was "the plan" as we got them big time...both got limit quickly and decided to put up a small clinic for a 7 year old Russian boy and his father fishing close by...got to love the smiles and fire into the kids eyes every time I called him over to reel in the next monster from the deep
He got quite good at it at the end...
75 fow today was the right dept
Meegs was the killer lure today, almost all fish were caught on it....
Must have got 7-8 whities and probably missed that many more....fun all the way for sure...

Here is Citifisher's first one: 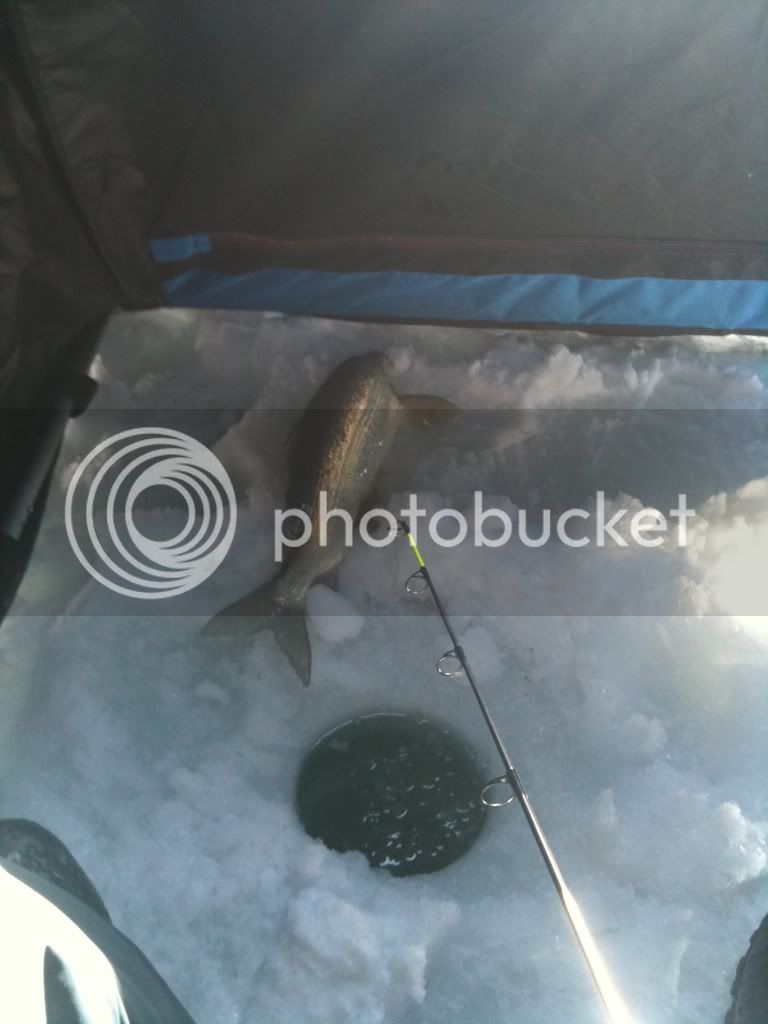 While he was all toasty inside the hut and paying his duties to the fishing Gods (left few lures under the ice;-)

I was having fantastic time not far from him....getting the russian boy to run (and fall in the snow) and run again to come reel in yet another fish was priceless.

Here is him at the end: 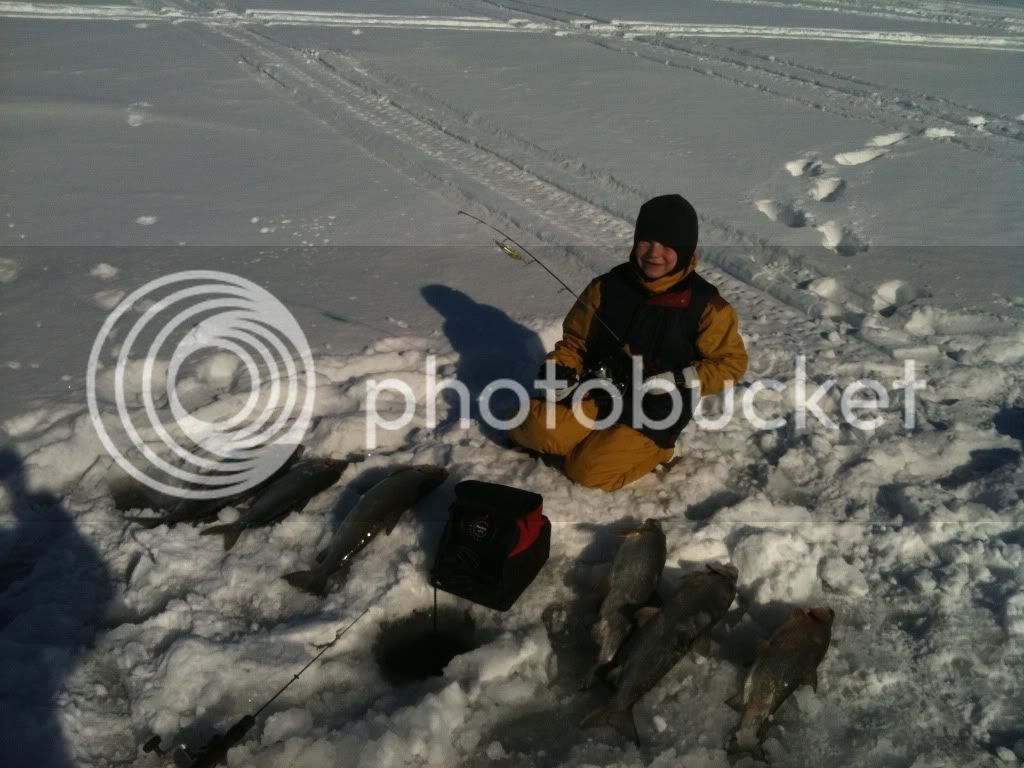 His father was very happy...and I wish my boys were there,...oh well...did I say I am going to buy a new snow machine to make sure they do come for the whities show with me....yep....soon...

Anyhow...time to fillet them and there will be smoker time tomorrow :clapping:
Thanks again for the ride Citifisher, enjoined the day and we've got to do it again...and get ready for those summer kings on Lake O.....but make sure you change your line....your current one will not do it ha ha ha ;-)

cheers keep up the good work

oh the whites look good too

Great fishing Emil. Bet that kid will be talking about this day for weeks. Some day he will probably do the same for some other kid.
When is your next clinic, I think I need to sign up....lol

Nice haul of whitefish, great report! and thanks for sharing. We have an older brother who lives near Horseshoe Valley and are hopefully planning a trip for lakers and whiteys on Lake Simcoe in the near future. None of us have ever fished Simcoe before, if you don't mind us asking, what area of the lake were you fishing?? Thank-you.