Well with the kids not wanting to troll for eye's and bows, the next best game in town was perchin. We got to the silver barn about 9:00am and had a slow but steady bite for these tasty buggers. It was a little tough for the kids to get use to deep water fishing, but they did manage to bring in a few true jumbos. My mom and dad came along for the fun and also to help with the minnow baiting and fish unhooking. By 1:00pm we had 65 beaties in the cooler and a small mutiny starting on board, my daughter and son,well mostly my daughter who most likely got up on the wrong side of the bed....lol. So with unrest in the ranks and a cooler of perch waiting to be cleaned we pulled anchor and headed in. It was perfect day to be on the water, even with the mutiny...lol. I have to say, the feel of setting the hook on a true lake erie jumbos never gets old for me. The solid hook sets, again, and again, and again are foresure addicting. Here's a few pics from this morning. 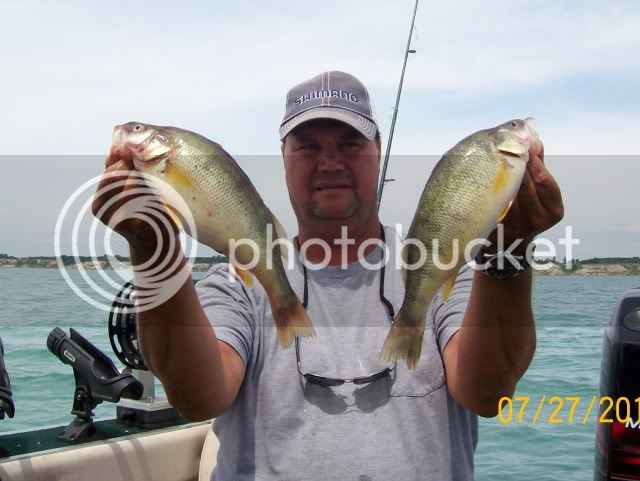 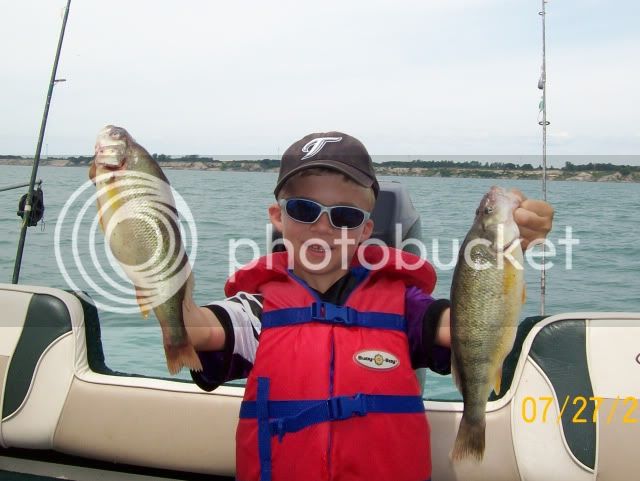 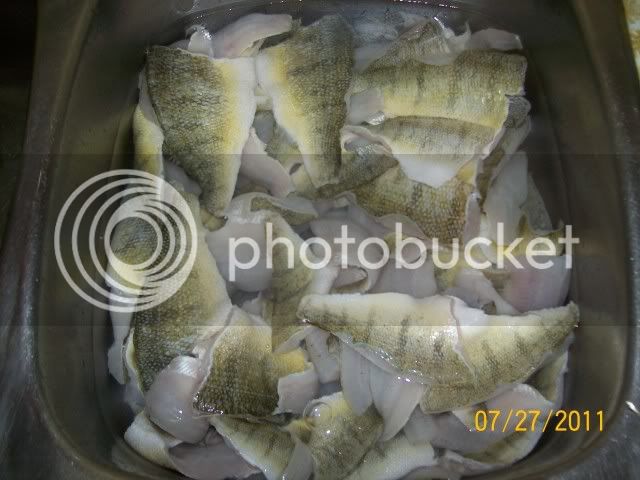 Good fishing Brian. Take a day and go east. Just got an e mail from a member and he got 200 Jumbos in 2 hrs. I will give you coordinates.

Thanks Dave, I was tempted today, but with a couple unhappy campers on board I decided on a short drive. Shoot me a PM, so I can see how far it is on the garmin.

Great job. Thanks for the perch report. Any comments on how the minnow supply is holding up and thoughts on how much longer the perch might be around. Have a guy that I would really like to get out for a trip but not able to do it for about a week. Thanks in advance!

What I most like about your reports you always make it "family event" mixing 2-3 generation in your boat...Good for you Bud...and some nice perch for sure...we most likely saw you as we were passing by you on the way back to port about 1pm today....second time missing each other not by much....ha ha ha....hope perch stays where they are for 2-3 more weeks until I come there camping with the family for 4 nights....should keep them busy for sure

With the north wind blowing most days they should still be around for a while.

Emil, what was the water temp out there. It was only 62 where we were perchin.

With the north wind blowing most days they should still be around for a while.

Emil, what was the water temp out there. It was only 62 where we were perchin.

in a word - COLD, my friend....much colder than the 83 degrees we saw last week...it was colder closer to shore....eventually got somewhat warmer later in the day to about 75-76 degrees but wayyyy out there,....as we were getting back closer to shore we felt obvious very cold breeze created from the variations between warmer deeper water and colder shallower water...

R.O.C. (Radio Operator's Certificate)
Yeah Brian...perch fishing never gets old, but we do. I hope you get lots of help cleaning. Every few years I make the same mistake and keep 50 or close to my limit. I did it again this year and I'm cured for at least the next few seasons.

jumbos ....... nice hogs there !!! I to know what Duck Soup is talking about cleaning so many fish ,I think that way we started setting the bar higher on what stays in the boat and what goes , fatheralaw says the smaller ones are better tasten (I tend to agree) but I would rather clean 25 10+incher than 50 small 1's! I agree with the ya on the hook set on a big old jumbo or even 2 big jumbo's it never gets old and put a big ol smile on your face when its in the boat!!.................apps

what will put a grin on your face is when you bring in a jumbo and find that it has not one but two hooks/minnows down its throat. Talk about suicidal