R.O.C. (Radio Operator's Certificate)
Well they actually did it. After a few years of rumours the Ontario MNR has ripped out bridges and posted "No Trespassing Signs" on a number of logging roads essentially making it illegal for us, the people who paid to build the roads, to use them to access OUR crown land and lakes. The "reason" is to allow outfitters (mostly American ones) to use (rape) our Crown, lands, lakes, fish, and wildlife for profit and the enjoyment of their paying customers without being disturbed by anyone else. Hard to believe isn't it?? The outfitters got organized, lobbied Tourism Ontario, and conned them into believing this was the best way to manage our resource (and fill their wallets). The whole situation is a bit complicated but there are a couple of links below to check out.

My buddy has a camp that was built by his father in the mid sixties on a remote lake North-West of Sudbury. For years we have made and annual voyage (or two) to his camp over land. It is a place you have to see to believe. To get there, you take logging roads in about 80km West of Highway 144, drive in as far as possible and park the vehicles. Unload your ATV's and pack on your gear for about a 5 km "ride" through a barely passable trail to a landing where some boats are hidden away. Throw your gear into a boat and mount your 2HP engine and after a 3 mile boat ride you're there! Getting there is half the fun. They hold a 100 year "land use" permit for the site, pay taxes on it, and must maintain it or they will be forced out. Problem is, now you can't go there without a float plane and even then you are at the mercy of the weather. They are still allowed to use their camp but cannot use the roads with trucks, snowmobiles, or ATV's to access it or to move from lake to lake to hunt and fish. The outfitters are free to go wherever they like. I just can't believe it.

I really don't have a beef with the outfitters. They have always been up there and done their thing. Most of us give them their space and don't even fish "their" lakes when they have guests in. They are arguably harder on the fish population in a way because every new group they take in to a remote lake leaves with their limits of walleye, lake trout, etc while most guys like us take a few to eat and play catch and release the rest of the time. It does not seem right however that they have exclusive use of OUR resources because our right to use OUR roads to get to them has been taken away.

There has been little publicized about this because really it only affects a few people but once again, Dalton and the gang are trampling on our rights.

Here's to the memories: 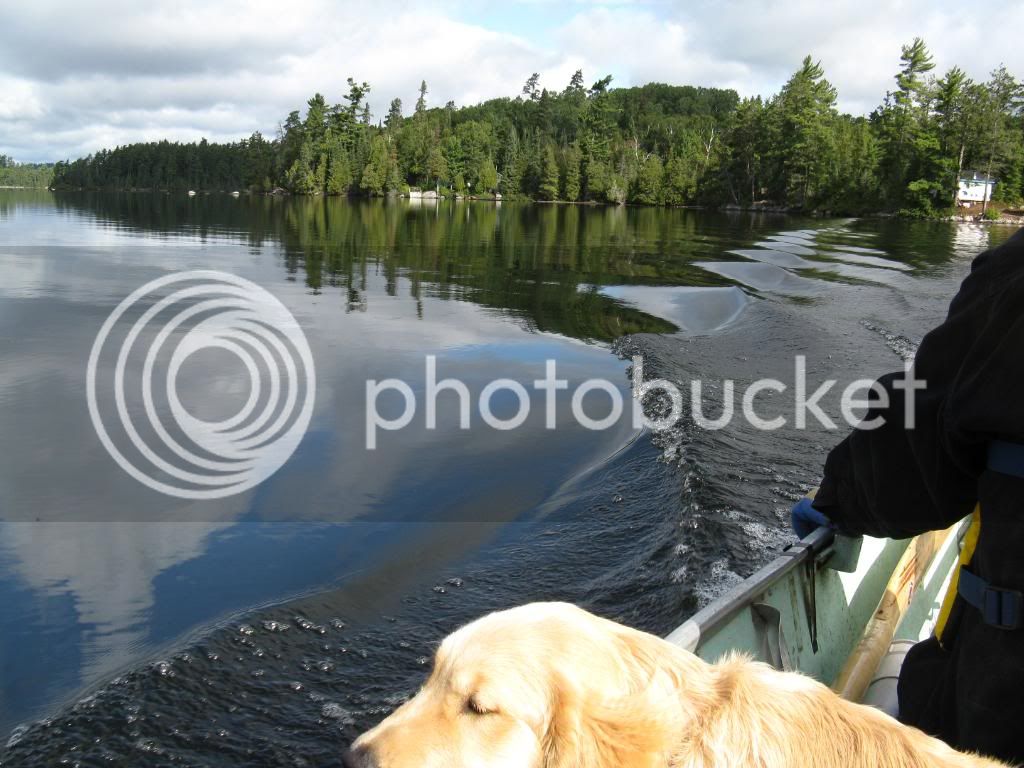 I had a look at those articles. I'm outraged that the MNR can do this. I even e-mailed the Prime Minister just now because I don't think the Province has the jurisdiction to post Crown Land. I would contact your MPP and maybe the MPP in the area of your camp to find out if you must honour the signage in question.

You have my support I just hope things work out.
Rob
T

I can hardly wait to throw that rotten bastard mcguilty out of power this fall election all he knows is how to Screw the little guy.
A

I can hardly wait to throw that rotten bastard mcguilty out of power this fall election all he knows is how to Screw the little guy.

No better or worse than any other politician who has been in power for a few years. They all seem to be the same. Maybe what they say is true: power corrupts!

I got an e-mail response from the PM's office about this situation. They confirmed it is a provincial jurisdiction and the MPP's are the ones to bark at here.

R.O.C. (Radio Operator's Certificate)
I am amazed that you got a response at all but that's right Chromeseeker, it's all a Provincial matter. If you go to the first link on the original post, OntORA has all the contact e-mails on their website. Linda Jeffries is the Minister who is the one "in charge".