R.O.C. (Radio Operator's Certificate)
Participated in an annual 3 day family fishing trip. Lots of 2 to 3 pound walleye. The catch rate was over 10 fish an hour when they were biting. The possession limit was only 4 fish but we could eat as many as desired. 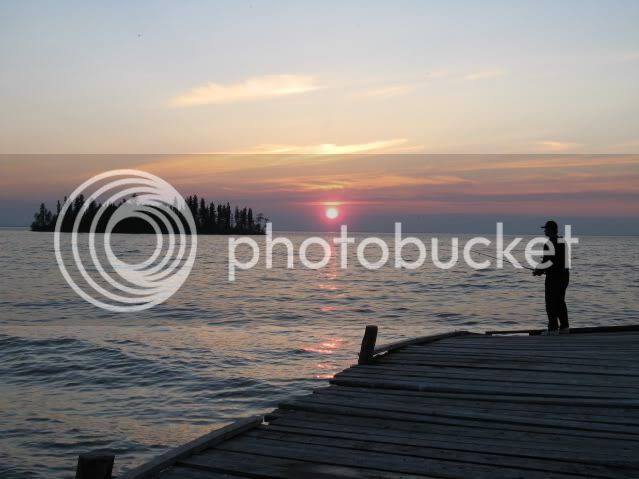 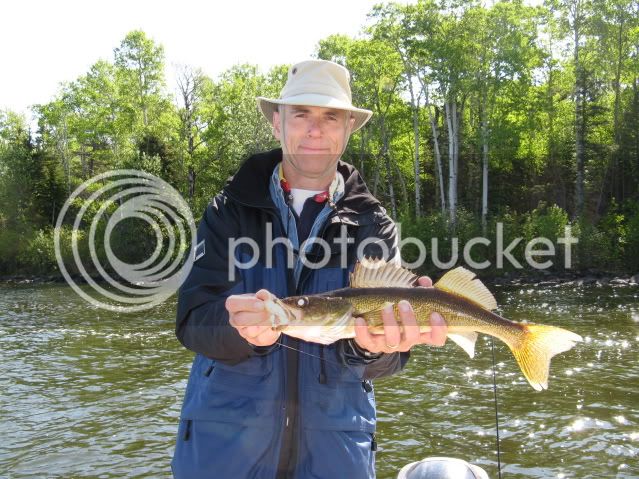 Hi all.
Duck Soup. Nice.
Speaking of eating as many as you desire....
I believe that if you catch and keep 4 fish in one day and then eat those four fish for lunch the same day you cannot go and get 4 more fish and keep them on that day. I checked the Saskatchewan regs and that would be my best guess. In Ontario it is the same.
Just thought it was worth mentioning.
Thanks for the pictures.
Cheers, Clark

Nice Arnie, that first pic should be on a mag. cover somewhere in the future!!!

looks like a great trip! those r the trips you tell your grand children about...

By the picture sure looks like an awsome spot.Those 2 to 3 pound walleye are the best tasting fresh out of the water . Way to go arnie!
C

Great fishin' and eatin', Duck! Just gotta ask -- did you see any ducks when you were farther south in SK?
W

with respect walleye DUCK SOUP was posting a great family fun trip, he does not need to be schooled on law... hes the most consrvation minded guy in here at least the fish weren't wasted... save your law for the abusers gill netters etc. if we all spent more time with the real problems things would be great. I fish out west all the time and eat fish everyday. should I be ashamed or afraid to post never.this is why lot of people don't post they get schooled on law everytime or if they keep a fish they get schooled on catch and release. good work duck its a great fisherie in sakatchewan.

R.O.C. (Radio Operator's Certificate)
Southern Saskatchewan looks like a marsh Canvasbacksca with lots of ducks. I seriously doubt that more than half the farmers will get their crops in. I even saw 5 moose between Saskatoon and Moosejaw...one was dead on the side of the highway. Water levels appeared fairly normal further north where we saw lots of geese with goslings but fewer ducks. The birds in southern Sask more than made up the difference. The diving ducks were most abundant in the transition zone between very wet and what I consider normal.
quote:
Originally posted by canvasbacksca

Great fishin' and eatin', Duck! Just gotta ask -- did you see any ducks when you were farther south in SK?

love that first picture...and the number of eyes you've caught up there sure is music to my ear8D

Now that you are back though...it is time for some serious fishing...with some heavier weight on your line ...if you know what I mean ha ha ha..,.

Congratulations on a great trip, beautiful pictures as well!!!

Anything That Swims
Fish em All
W

try lake diefenbaker great trout fisherie by the fish hatchery, tons of rainbows and below the west damn is where the huge 50 plus pound bow was caught although it is still argued that its an altered fish genetically.so its not a true rainbow.
B

Nice pictures for sure Duck Soup. I am sure the meals were tasty. I had an opportunity to fish there one season but the deal fell through. I will give it a go some day though.

I did not point a finger at anyone.
I merely stated the law. The reason I did this was to inform all on the Forum. Education is a far better tool then enforcement in my opinion.

I used to be a "Bush Pilot" and flew many fishermen/women into remote camps. I also flew the MNR Enforcement guys around to these camps for spot checks.
I do not recall one stop that did not provide at least one infraction. The most memorable for me was when we stopped at an "outpost". The guys were all packed up and ready to be picked up.
They had their fish legally packaged and marked. They did all the right things except for one.
There on the stove was a frying pan with fish in it.
They were given a ticket. They had spent many dollars to be there for a week and they never came back, at least to our operation.

My intent was not to question Duck Soup or anyone else. It was simply to educate those on this Forum so that they would not have a bad experience regardless of where they fish. I in no way want to confuse anyone on the difference between Conservation and the Law

I love fishing. It is a major part of who I am and I expect probably true for most on this Forum.