The incident you reported that "alleged" to take place on the morning of Aug 19/011 did it resemble this:

If there is any resemblence? then this may be appropiate:

Guess who's got too much time on their hands

Staff member
Packrat... you used to be one of my favourite contributors here...
B

Maybe he should join us for a perch day!

Packrat... you used to be one of my favourite contributors here... 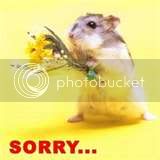 Staff member
I don't think he could go back to pier fishing after seeing the cooler of death filled with jumbos.

Maybe he should join us for a perch day!

He would have to bring a wheel barrow!
T

Well that wheelbarrow ...or a chipper maybe...lol
K

It is rude to doubt someone who is giving tips on where to catch perch...even if it was an outlandish # that Big Dave said he caught. At first I was skeptical about 400 perch in late August, but why would he bother going on here to waste his time with a bogus report?

I've done some research on perch schools and what they do when the water warms up and its not impossible to still get them in large #. Some people are just jealous